Tamara Halytska-Didukh was born in Ivano-Frankivsk (Ukraine), studied at secondary school №7. From the year 1991 till 1996 studied at the Faculty of History at Vasyl Stefanyk Precarpathian National University. In June 25th, year 1996, obtained diploma of a specialist with honors LP VE № 000104, qualification according to the diploma – teacher of history and ethnography, specialty «History and Ethnology». In June 24th, year 1997 obtained Master’s degree with honors DM №002649, qualification according to the diploma – Master of History, specialty «History». From the year 1998 till 2000 – postgraduate studies. After the career as a history teacher at Secondary School №8 in Ivano-Frankivsk was began.
In 2002 her Candidate’s dissertation on the topic «Eastern Galicia and Riga Peace Conference (1920–1921)» was defended at the I. Krypyakevych Institute of Ukrainian Studies. The supervisor was Olexander Karpenko (Diploma of Candidate of Historical Sciences in the specialty «History of Ukraine» SC № 016659).
Since 2001 she was working as assistant, and later became a Senior Lecturer of World History at the Faculty of History in Precarpathian University. Since 2006 she became an Associate Professor of History of Ukraine (certificate of Associate Professor of History of Ukraine 02DC № 013700, Decision of the Board of Attestation Protocol №5 / 01-D from December 22, 2006).
From the year 2012 began to supervise graduate students. Under her guidance two PhD theses (Valerii Ostrovsky, Bogdan Paska) were defended. Her responsibilities also included opposing PhD theses, and conducting research with students. During the work period more than 10 winners and laureates of the second stage of the All-Ukrainian Student Olympiad in History were prepared. In the period from 2005 till 2020 Tamara Halytska-Didukh was a Chairman and co-chairman of the jury of the third stage of All-Ukrainian Student Olympiad in History. In the years 2012 and 2016 she became a Chairman of the jury of the competition «Teacher of the Year» (history). In the year 2020 she was a member of the jury of the competition «Teacher of the Year (history)».
From the year 2014 till the year 2017 Tamara Halytska-Didukh became a member of the Specialized Academic Council K 20.051.05 for the defense of dissertations for the degree of Candidate of Historical Sciences in the specialty 07.00.01 – History of Ukraine, 07.00.05 and Ethnology at the V. Stefanyk Precarpathian National University.
Later she became a Guarantor of the bachelor’s degree program 014 «Secondary education (history)». Also she prepared expert opinions of the original models (or manuscripts) of textbooks «History of Ukraine» 8th, 10th grades. In the year 2010 became a member of the editorial board of «Student Historical Notebooks». Later Tamara Halytska-Didukh was a member of the Academic Council of the Faculty of History, Political Science and International Relations on Educational Work and member of the Commission on Ethics and Academic Integrity at Vasyl Stefanyk Precarpathian National University. In the year 2020 she became a member of the Advisory Board on promoting the development of the general secondary education system, established under the President of Ukraine on February 16, 2021.
Tamara Halytska-Didukh was the Deputy Dean for Educational Work at the Faculty of History, Political Science and International Relations. Apart from educational and organizational issues she is organizing a volunteer work at St. Nicholas Mercy Town (76000, Ivano-Frankivsk, 8 Verbova St., Krykhivtsi), and Training and Rehabilitation Center (52a H. Khotkevycha St., Ivano-Frankivsk). She also conducts trainings on socio-political topics for SBU employees. She prepares cultural and educational events at the university, as well as at schools in Ivano-Frankivsk. She is also engaged in preparation for such events as dedication to first-year students, performances at the university festival-competition «Spring Wave», poetry and theater competitions, etc. Tamara Halytska-Didukh is the author of more than 50 scientific articles, chapters of monographs, etc. In the year 2018 was awarded by the badge «Ushinsky KD» National Academy of Pedagogical Sciences of Ukraine. In the year 2021 she received a jubilee award from Ivano-Frankivsk Regional Council for the event «130 years of Eugene Konovalets».
Tamara Halytska-Didukh introduces such innovative technologies into the educational process as case technologies, intelligence maps, reference schemes, economic games, and others.
Also she is participating in the annual «Carpathian Language School» (Ukrainian-Turkish educational project) – https://mon.gov.ua/ua/news/vivchennya-ukrayinskoyi-movi-kulturi-ta-tradicij-u-pnu-zavershilas-prikarpatska-movna-litnya-shkola-dlya-studentiv-inozemciv and is a member of the author’s team of the book «The World of Money» (Polish-Ukrainian project).
Research interests: the Ukrainian question in the policy of foreign states during the Ukrainian National Democratic Revolution (1917–1921) and the Ukrainian national liberation movement in the postwar period (1944–1953); competence approach in history lessons, case technology. Hobbies: basketball, figure skating, reading, theater, etc. 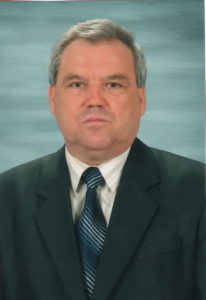